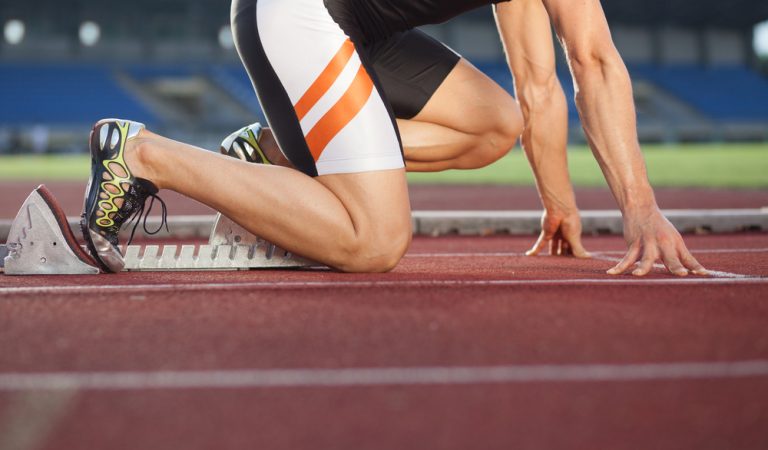 One of my clients is now a British Champion at 100m (and high jump/long jump) after winning gold at the Transplant Games 2017 earlier this year in Glasgow. This blog is designed for personal trainers, fitness instructors and coaches to use with recreational, aspiring or professional sprinters out there. 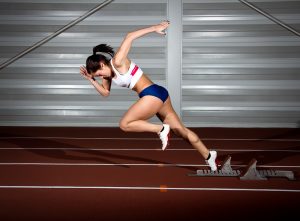 Sprinting is made up of a few key sections:

Out of these the two that ‘us’ as coaches and athletes can improve on are Acceleration and Top Speed Running.

During any period of the 100m or any sprint, there are 4 to 5 key areas that should be focused on and improved:

To be able to sprint quickly there is one element that must be in place before all others, trunk stability. If the force that is being generated at the floor is dissipated at the trunk and is not realised to the full potential, it does not matter how good the running mechanics of the athletes are, they will never be able to sprint fast, so ensure you spend time improving your client’s or athlete’s trunk stability.

We will respond as soon as possible. All emails are kept confidential and we do not spam in any way.